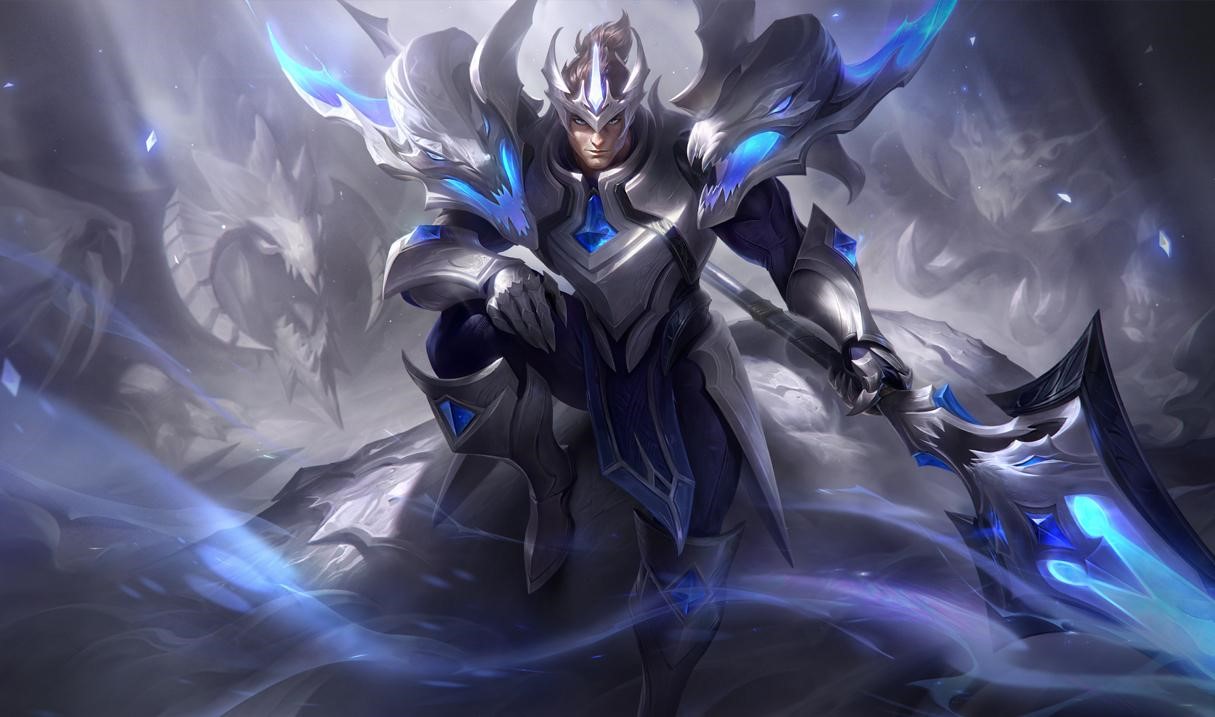 From players to warriors, warriors to giants, giants to legends. At Worlds, only one team will take over the Rift and claim the Summoner's Cup for themselves. On October 5, the world's ten best pro teams face off in Reykjavík, Iceland to fight for the ultimate rank of League of Legends World Champions.

Night and Day, Order and Chaos 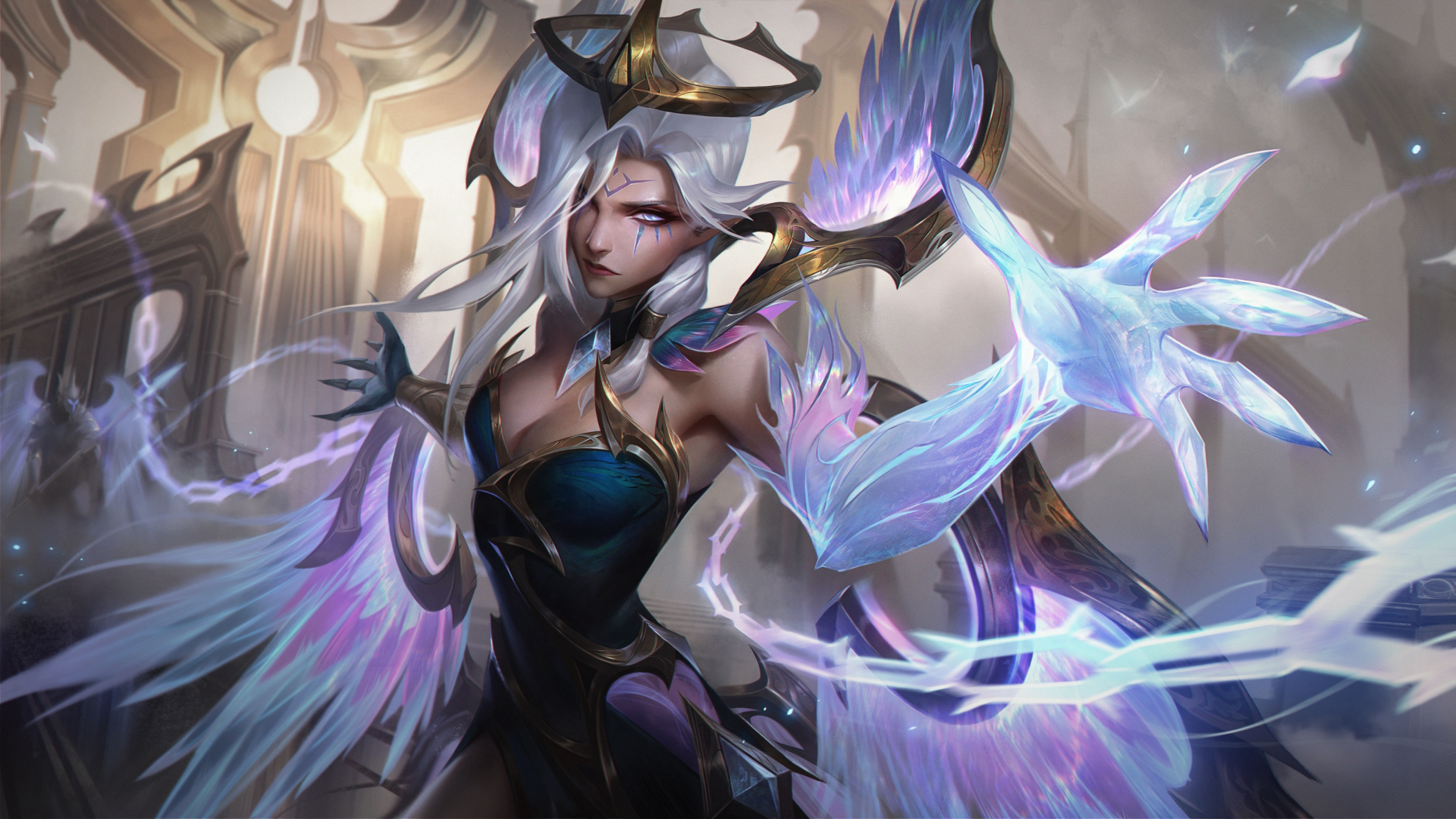 The world spins, the seasons turn, and the balance of night and day forever shifts with them. Call it science or magic—all creatures know that the symmetry of darkness and daylight must always be maintained. Because when the powers of Night and Dawn collide in earnest, the fabric of the universe begins to tear.

Conflict breeds dissent. Dissent breeds discord. Discord demands discipline. The divine energies of Order and Chaos have summoned new warriors to take up their banners in the never ending clash that grips them. New Dawnbringer and Nightbringer champions enter the fray, with promises of rewards and glory to all who join them. 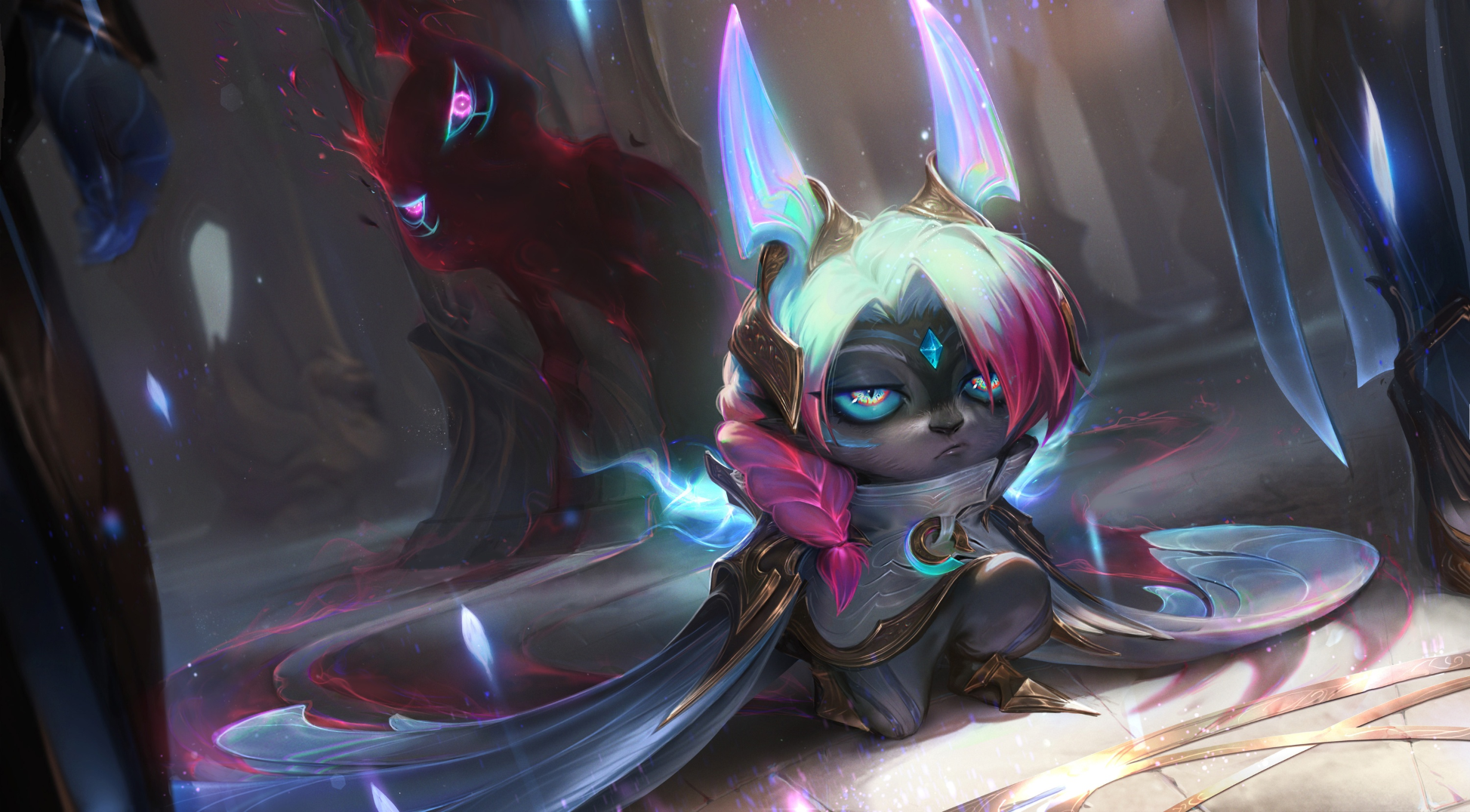 Defending the righteous Dawn in the war between Order and Chaos is such a drag. To the great surprise of many, the dismal, goth-yordle princess herself, Vex: The Gloomist, will join the fight against pandemonium. It turns out that even on her bad days, Vex can still be convinced to roll out of bed and fight for order in the cosmos! The Dawnbringer Vex skin will be available for 1350 RP from the Store, or get The Gloomist Bundle containing both Vex and Dawnbringer Vex for 1837 RP. 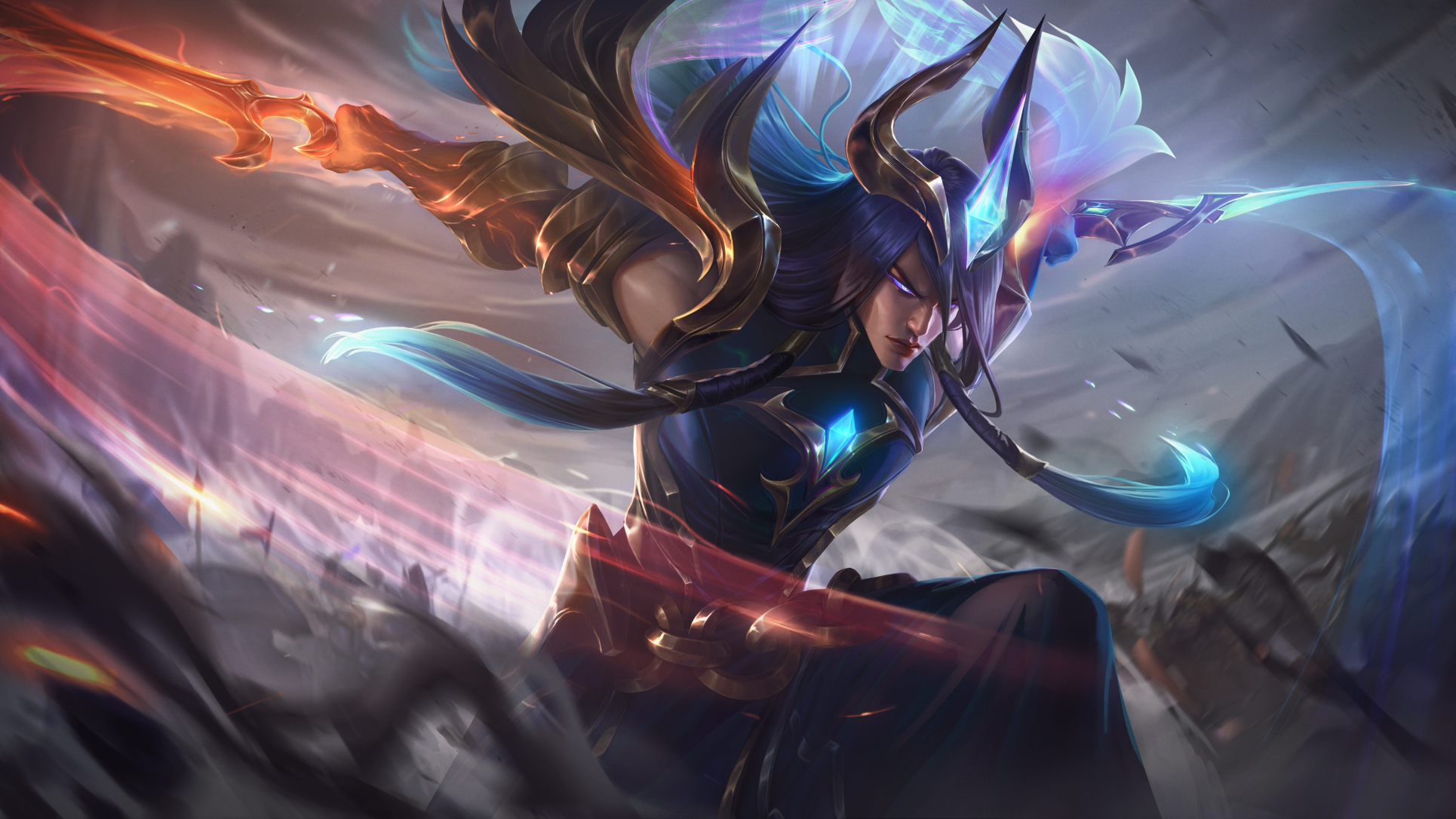 With every light comes shadow. But where there is darkness and discord, there will always be a Dawn warrior to beat it back. The Dawnbringer Yone [Legendary] skin will be available for 1820 RP. 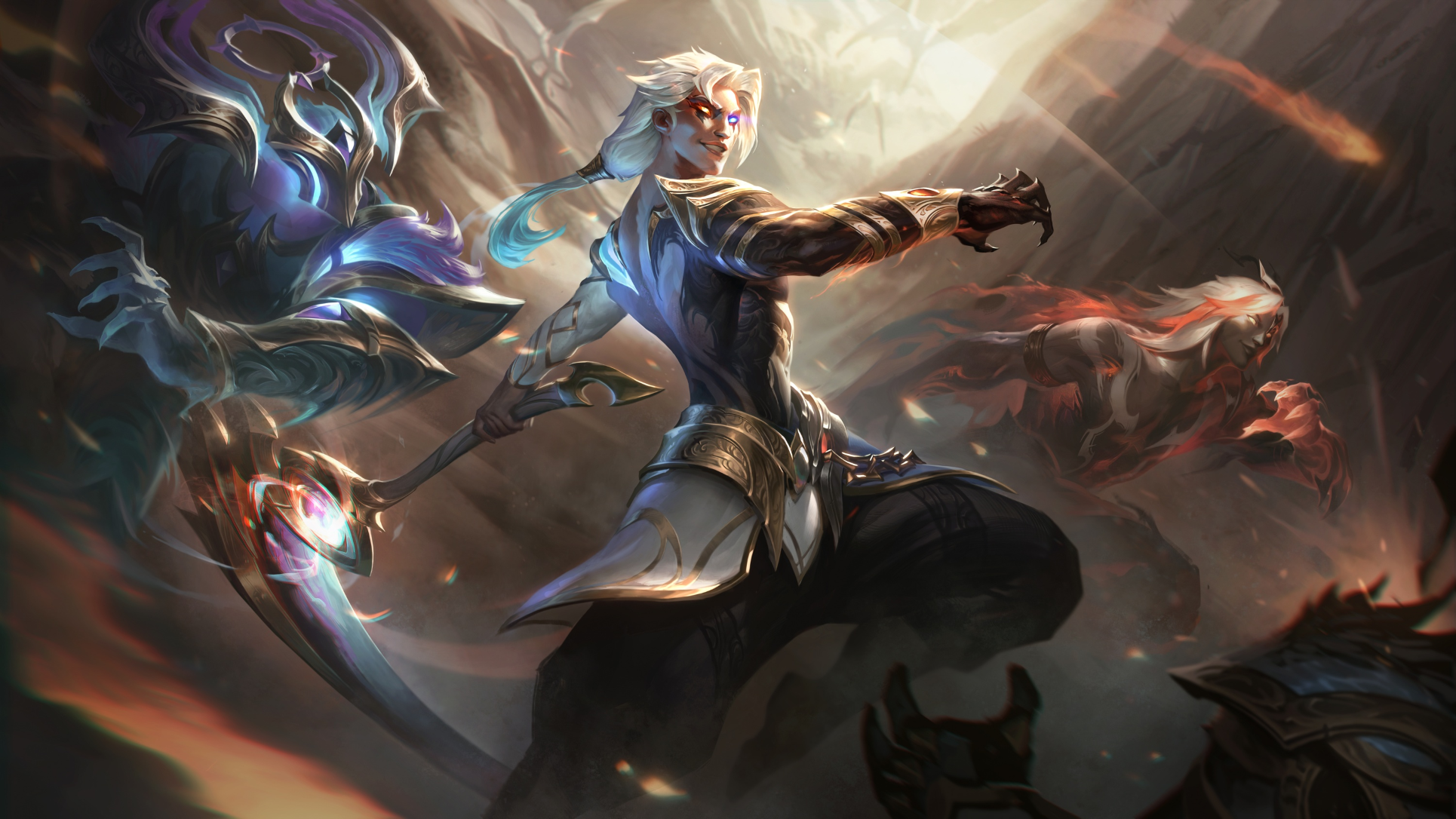 Both the Worlds 2021 Event Pass and Event Pass Bundle gives you access to all the missions and rewards listed below. 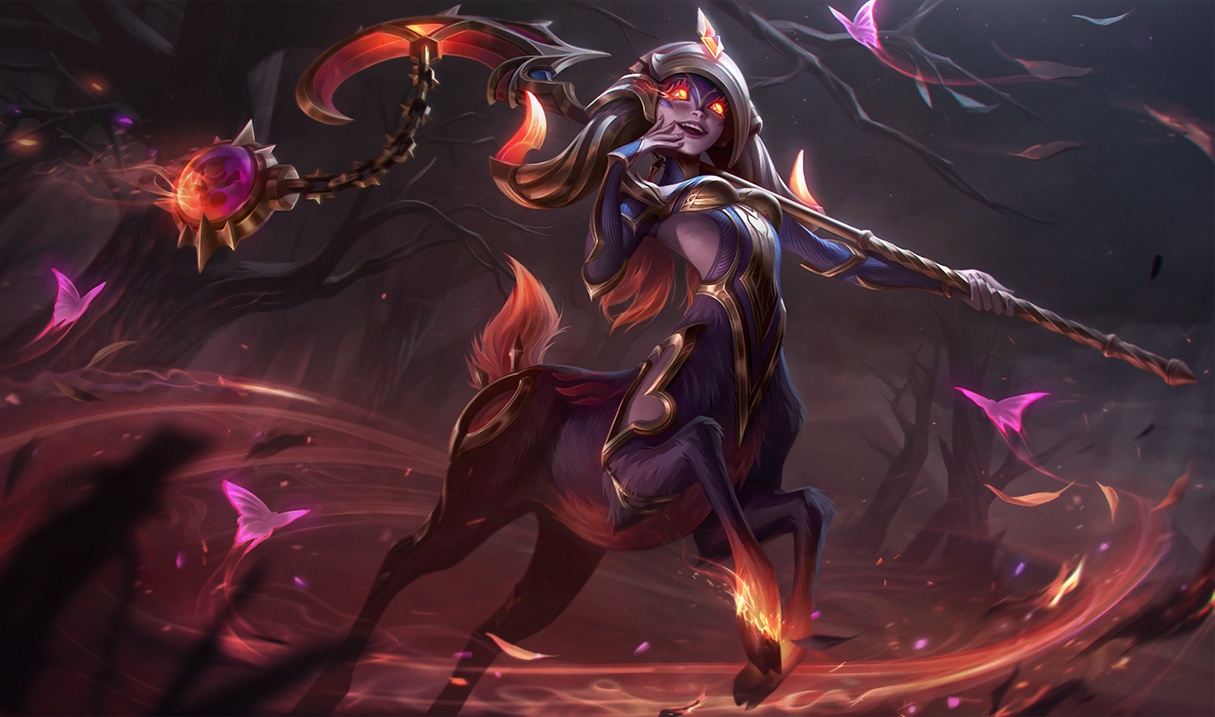 When it comes to the Worlds arena, there is no such thing as a draw. It's win or lose. Night or day. Order or chaos. In games where there can only be one force on top, we are all experienced winners and losers. It's your turn to prove which force you command when you take on the challenges described below. Beginning September 23, 4:00 a.m. GMT+8, the following missions will unlock for Pass holders, with some missions available for non-Pass holders.

The following objectives and rewards apply to matchmade games only. Worlds 2021 Milestone Missions can only be completed in order, 1 - 10, by completing the previous objective. In past Worlds Events, we’d offer players around 30 Milestone Missions, but this year we’re trying something a bit different: fewer, longer missions, each granting double the rewards of a regular Mission!

The objective of all milestone missions is to score 35 points and an Event Pass is required.

The objective of all Weekly Win missions is to score 40 points and an Event Pass is required. Applies to matchmade games only.

The following missions are open to all players, but can only be completed once. The Worlds 2021 Event Missions marked in gray will unlock at the same time after the completion of the previous mission objective(s) and must both be completed—regardless of order—to unlock the next mission. Applies to matchmade games only.

This Night & Dawn mission is open to all players and can only be completed once. Applies to matchmade games only.

Token Bank Missions can be repeated infinitely. Tokens earned through these objectives are added to the token bank for non-Pass owners, whereas tokens are added directly to the player for Pass owners. Applies to matchmade games only.

This orb mission is open to all players and can only be completed once. Applies to matchmade games only. 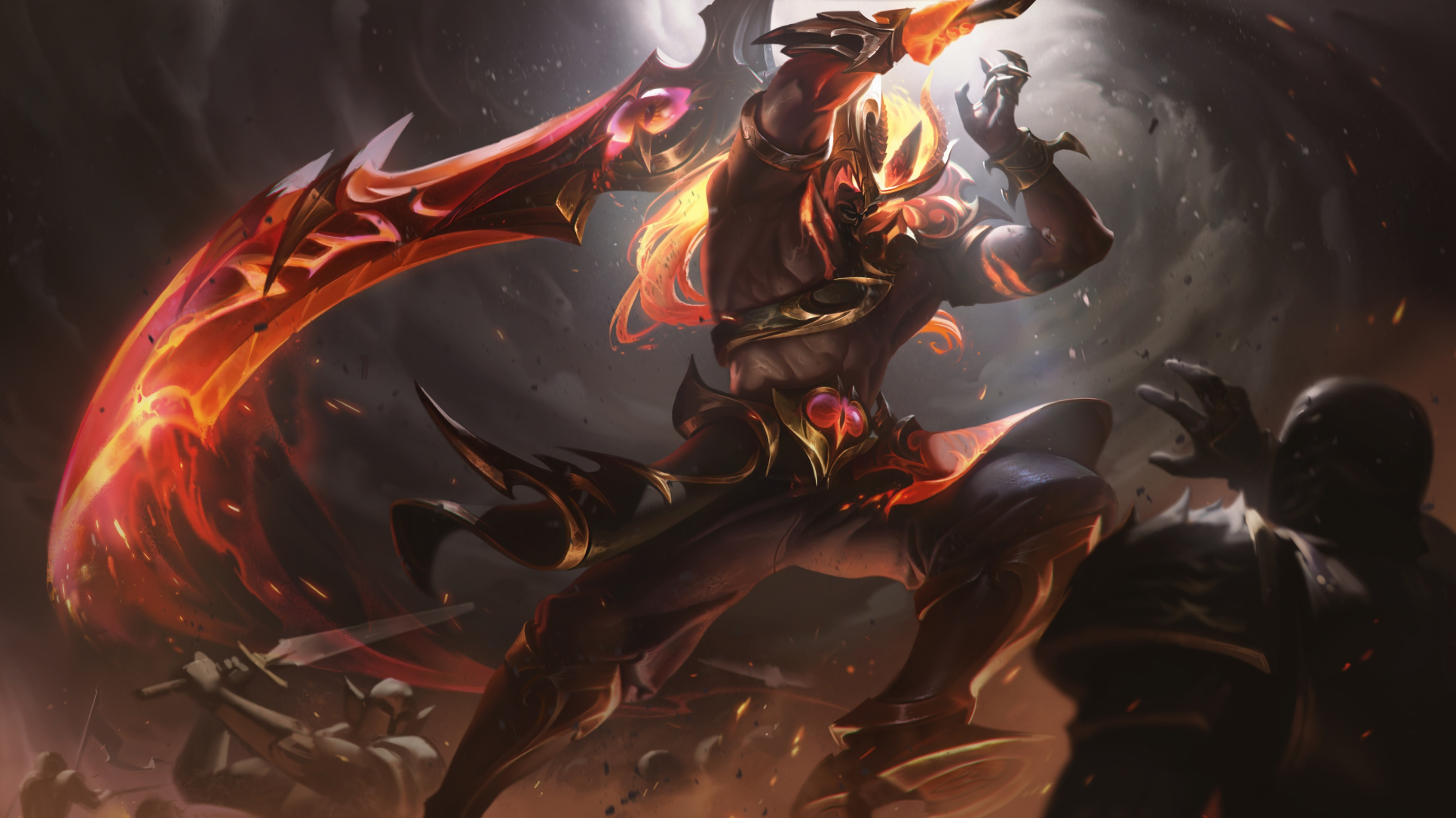 So, hero, are you a warrior of Night? Of Dawn? Or maybe something a little witchier? Take a look at the content costs below to get started.

New Dawnbringer and Nightbringer champions available for purchase starting September 24, 4:00 a.m. GMT+8. Recruit the entire dichotomy to your cause when you purchase the Night & Dawn Mega Bundle which includes all the champions listed below, their Dawn- or Nightbringer skins, and their border icons for 14402 RP. Don't worry—discounts will be applied should you already own some, or all, of these champions.

While the pros are duking it out in Iceland, equip yourself with this year’s World’s exclusive Jarvan IV skin.

Some mystics love being fashionably late, so we hope you'll forgive these bewitching ladies their tardiness! They tell me it was a full moon, or something... But just in time for the spookiest season of the year, a new class of Tales From the Rift queens will be entering the Rift in patch 11.20 including main character herself, Bewitching Morgana Prestige Edition. The following Bewitching skins will be available:

These latest Chromas are quite the kaleidoscope, with a new hue fit for every mood of the day! All Chromas coming out for this release cost 290 RP. Note that the rare MAKE/BREAK, Deathbringer and Lifebringer Chromas can only be purchased through the Event Shop, whereas the Ruby and Aquamarine Chromas are exclusive to each champions' Chroma Set bundle.

A winning collection of Worlds and Night/Dawn Border Sets (with Champions) will be available for purchase beginning September 24, 2021 at 4:00 a.m. GMT+8.

The following Border Sets can all be purchased without Champions. 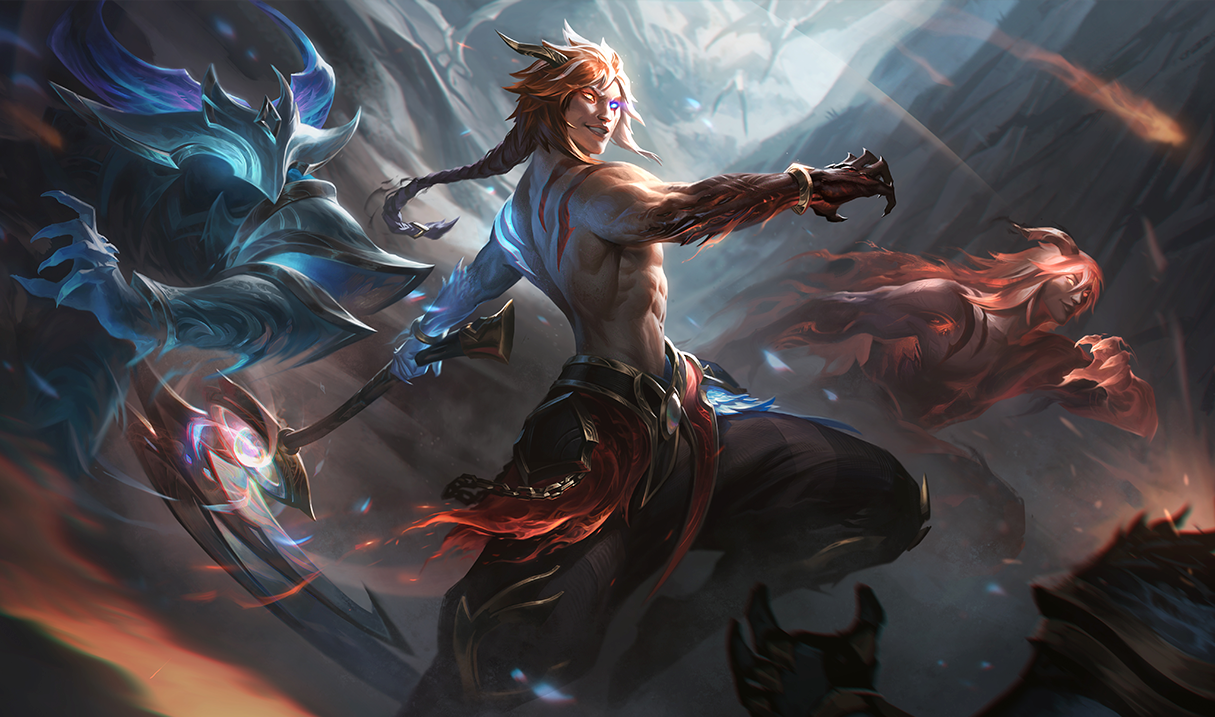 Manifest more rewards and loot with the Worlds 2021 Orbs and bags below.

You can also secure some Worlds loot directly from the Store: 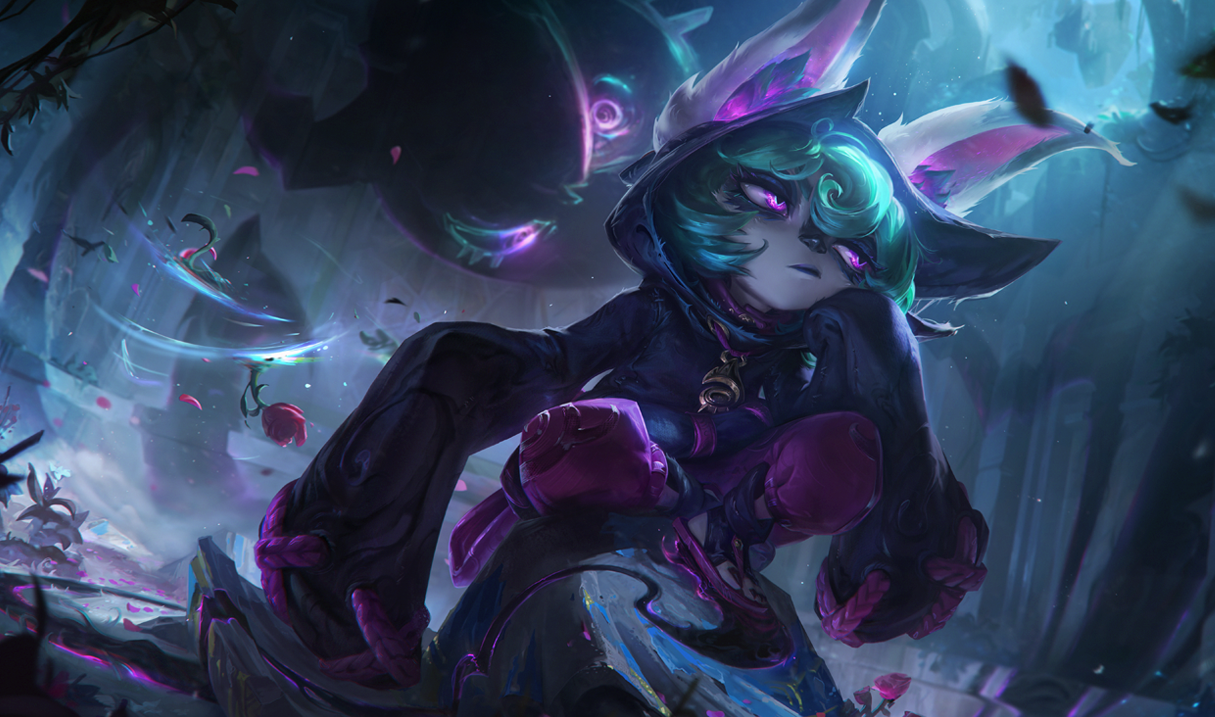 [Callout: Heads up! There will be more Event Shop content coming with Patch 11.21. Check back soon for more details.] 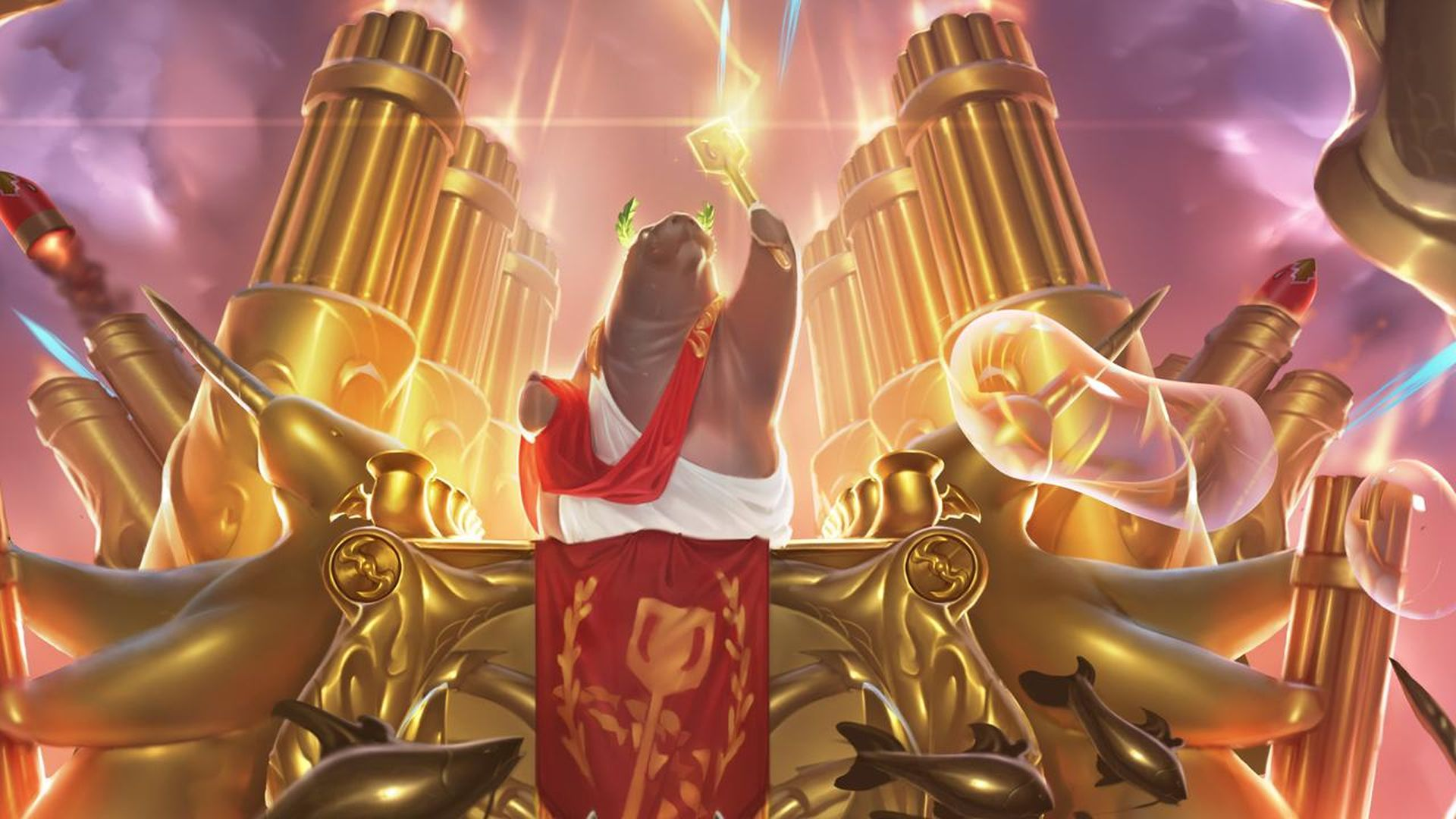 Sharpen your spatulas, because Pick URF is back September 24, 2021 at 4:00 a.m. to November 9, 2021 at 3:59 p.m. GMT+8. Unlike the traditional URF mode, where players get assigned a random champion, each player picks whoever they want in Pick URF. It's time to dust out those mechanical keyboards and get ready to mash. We've also made some important updates to Pick URF which we think you'll like:

Historically, we’ve aimed for a 50% ideal winrate for all champs in the mode. With the regular adjustments we do for classic Summoner’s Rift gameplay, we take into account a lot more nuance with each change; nuance such as a champions having a high winrate due to being exclusively played by mains of that champion.

Our new strategy for URF is to effectively change our balancing targets. Instead of aiming for 50%, instead champions will be adjusted to be closer in winrate to what they are on classic Summoner’s Rift.

Since this kind of change in direction can imply a number of changes, most* of the URF regular champion adjustments will be removed for the first couple of days of patch 11.19. That is: the percent increases or decreases to damage dealt, damage received, healing, and shielding. Individual mechanical changes are staying in place. A smaller patch will occur part of the way into 11.19 that will then balance champions on URF to our new targets.

In that past, shielding was nerfed on an inconsistent, case-by-case basis. To make sure we don’t miss new champions, champion VGUs, and some old champions, we’re keeping it consistent and nerfing all shields across all champions — just like we already do for healing.

Lane minion’s gold values on URF were getting a little far from normal SR games so we've changed them to be a modifier of the base SR values instead of completely new values. Basically this means URF’s laning should feel more like normal SR games but URFier.